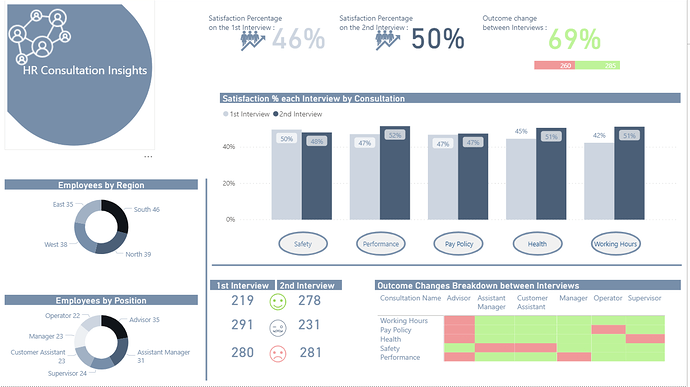 First to provide some details on the main idea on the dashboard, the intent was to:

On the logic used:

On the visuals & measures:

Great entry for this challenge, but one thing I would change is the color choices of red and green. These colors do not agree with your overall color theme.