Here’s the entry from one of our non-member participants, Vida. 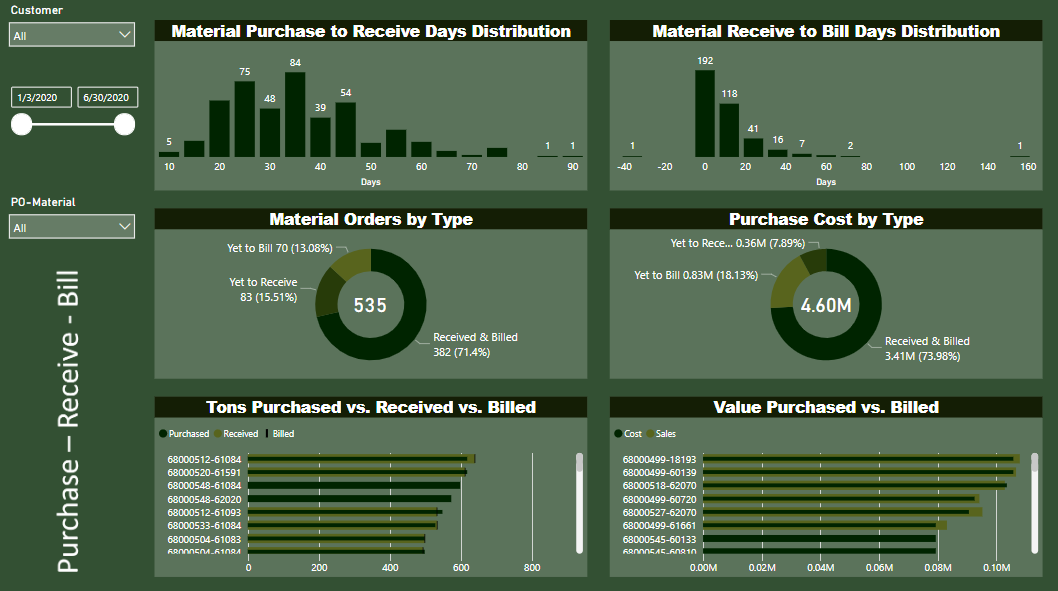 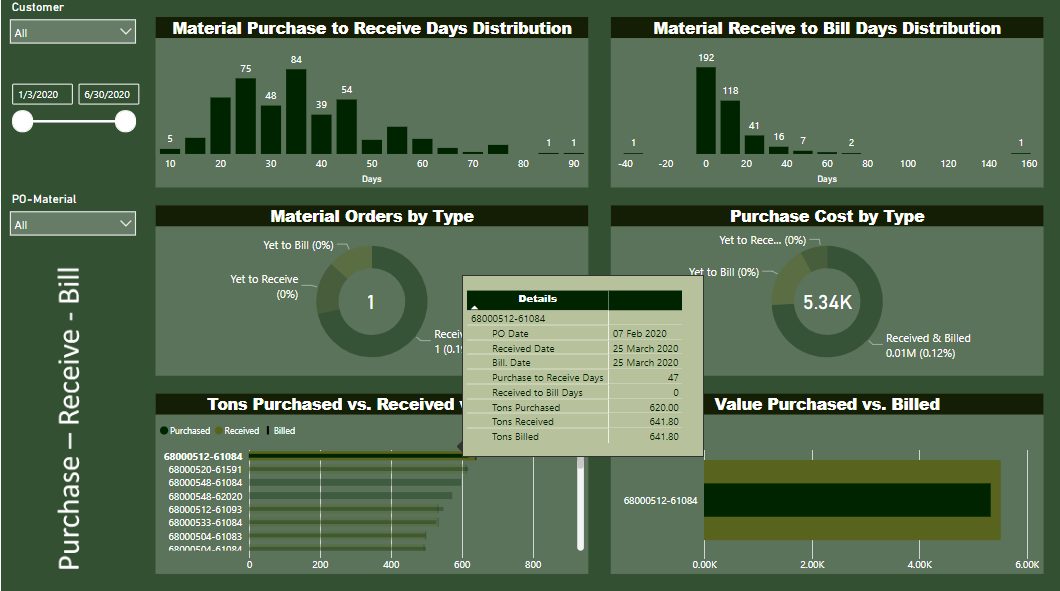 And here’s how Vida described it:

If the same material from the same order was received at multiple dates, the last date was used as a received date. Same strategy was used for billed material dates.

Purchase to Receive Time and Receive to Bill time was calculated in PQ. I also grouped materials to Received & Billed, Yet to Bill and Yet to Receive.

Elapsed time was calculated in PQ and visualised as histogram by using bins feature.

Custom visual - Bullet chart was used to show tons purchased vs received vs billed and cost vs sales.

User can see a tooltip with more details in the tons visual. They can also select material from the visual and Value visual will be filtered.

Congratulations on a great submission I really like how you’ve followed a lot of our best practices around quality report design. You’ve looked to place things into grids, and used a consistent color palette. Haven’t over used any other colors or made visualizations stick out too much with an overload of colors. So really well done on this aspect of your report.

Also really like how you’ve dived into the tooltips as part of your consumer experience. I’ve become a huge fan of the ways in which you can use tooltips effectively to showcase and summarize insights that would have taken up quite a lot of room and reports. But they can be seamlessly integrated now into the visualizations that warrant it an it can be a great value add to the consumption experience.

Well done on your submission really commend you on your efforts and can see that you’re captured a lot of what we have talked about in the past with historic challenges and also via the content created by us at enterprise DNA.

Appreciate your write up also.